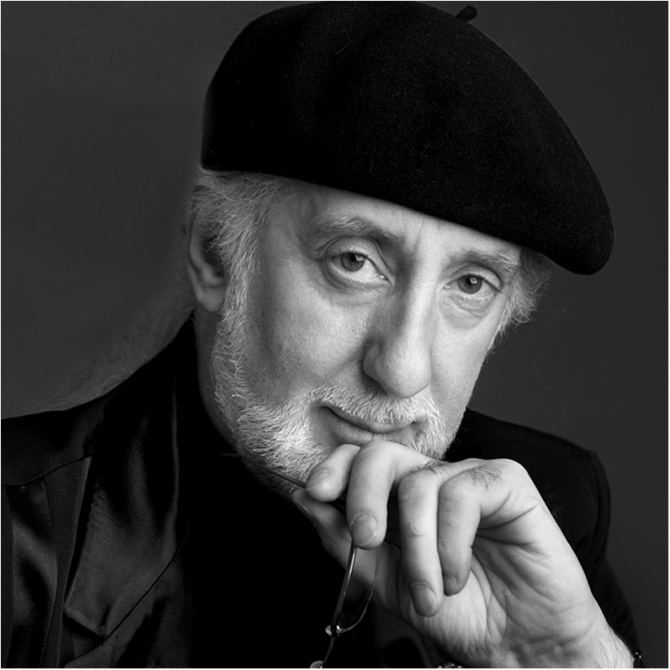 2014 marks the 150th anniversary of the Yerbury Studio, which was founded by Trevor’s great grandfather on Princes Street – Edinburgh in 1864.

Trevor Yerbury is a 4th generation photographer from the famous Yerbury family, which was founded by his Great Grandfather in Edinburgh in 1864. Trevor born in 1951 joined the family business straight from boarding school in 1969. A four-year apprenticeship followed where he experienced working in a large daylight studio, then using tungsten lighting before studio flash began to take over. In 1973 he was welcomed into the family business as a qualified photographer.

In 1978 Trevor met Faye who was styling a fashion shoot he was on and they eventually got together in 1979, they married in 1984 and have been inseparable ever since.

Faye assisted Trevor for the first few years but eventually grew frustrated that she could see images, but did not have the ability to capture them, Trevor bought Faye a camera and since then she has become one of the UK’s finest photographers of the Fine Art Nude and a true post-production expert.

With such a history in photography it is not surprising that Trevor has a keen interest in vintage printing techniques especially platinum/palladium printing, he first experimented with this back in the mid 1980’s.

Trevor and Faye are passionate about their work, which is always beautiful and elegant with a classic, sophisticated look.

They discuss and show examples of their work at seminars, this includes some of their stunning original platinum prints

Together they travel the world creating images for both public and private collections and are now also represented by a Gallery in Europe.

Over the years they have held several solo exhibitions in London, New York, Edinburgh, Paris, Malta and most recently in 2014 Vancouver, where they donated 50% from sales of their work to the charity SEVA Canada, a donation which will give 20 sight giving operations in Cambodia.

Over the years this creative couple have been showered with accolades such as, they hold 15 Kodak European Gold Awards between them. In 2014 they were both awarded Lifetime Achievement Awards from the photographic industry and were also invited to become Fellows of the Royal Photographic Society a rare honour. Both are Fellows of the MPA, Faye is the 2014/15 President of the MPA. They are both Masters of the SWPP.

They are highly respected International Judges.